International
Created by Isabelle Guggenheim
A uniform app solution for Europe that meets the needs of European Lions and functions as a counterpart to the U.S. solution.

That was the idea that the members of the IT Commission started to implement with project leader Egon Steiner and developer Xavier Perseguers in 2014.

At the beginning of his final year as Council Chairperson in 2022/23, Egon Steiner took a new approach. In a first step, the already known interested parties were contacted again and, in a second step, the other countries in Europe were asked about their interest.

In the meantime, there was an urgent need for action in Belgium, since the system chairperson had unfortunately passed away.

True to the motto of the European Forum 2022 in Zagreb "Clear vision & new vibes", the Swiss vision became reality with the signing of the contract as well as the letter of intent: Lions in Belgium can now enjoy the Lions Base app District 112 is visible to all users.

Council Chairperson Egon Steiner is pleased about this association and adds: "In our anniversary year, we provide the application in the spirit of ‘we serve’ without investment, only the annual operating costs are charged. We are currently in contact with several countries. The app will be further expanded, for example, to meet the needs of major events such as a national convention. Among other things, credit card payments will be possible in the future."

At the European Forum, developer Xavier Perseguers and 1st VDG West Georges Torti were able to present the advantages of the app to an interested circle - representatives from various countries followed the explanations.

We wish the project team every success and look forward to the next update. 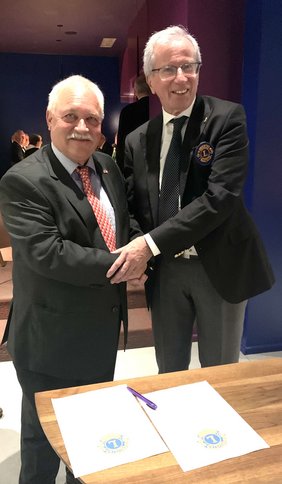 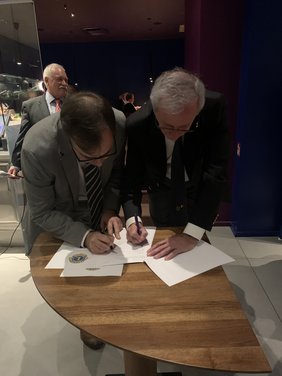 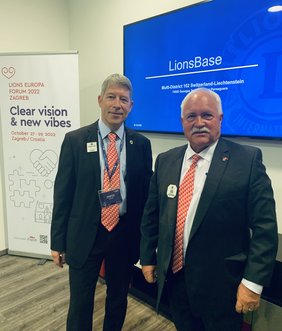